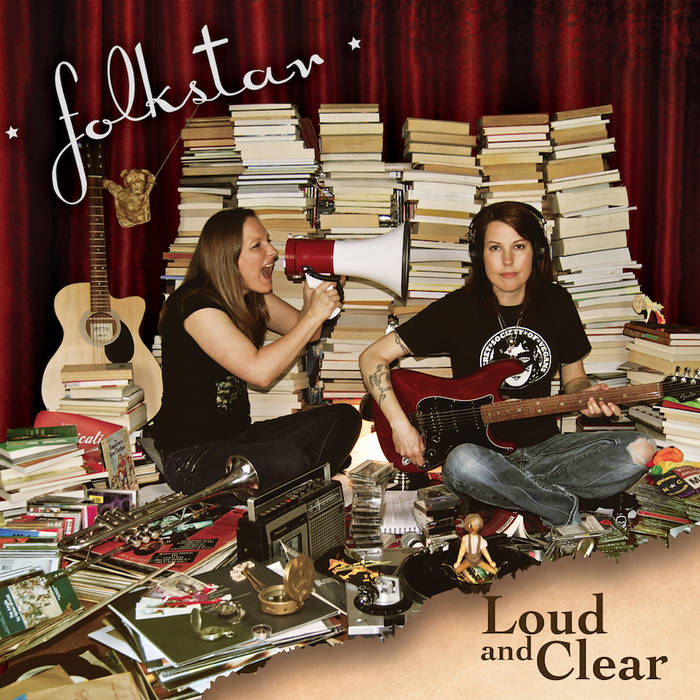 Folkstar’s new album Loud and Clear is an intensely ambitious 16-track work of art. Folkstar’s Kim Dicso and Sue Cag speak their minds on this album, with songs covering life and death, suicide and dreams, the flaws of our society and the beauty of our world.

Folkstar tackles teen bullying in the song “It Gets Better” (inspired by the It Gets Better Project). They scrutinize our manufactured lives in “Fabrication” and “Everybody Knows” and expose animal exploitation in “Human” and the jazzy number “Abolitionists.” Crowd favorite “Could You Be” is an anthem about love and dreams, as is “Dream Thieves.” Songs exploring death include “Final Curtain” and “New Eyes,” which delve into the emotional complexities of losing someone. Of course there are songs about love as well, such as “Trampoline” and “Ice Queen,” reminiscent of Folkstar’s debut album Emotional Bootcamp. Finally, the title track "Loud and Clear" tells the story of Cag’s hearing loss and talks about a “wake up call,” a common theme throughout the album.

This album exists for and because of those who dare to dream and create, to inspire and be inspired; for those who have ever felt lonely and different and have used it as fuel to become their own rockstars; and for those who have spoken their truths and inspired us to do the same. May you see yourselves in what we’ve created just as we see ourselves in you.

Bandcamp Daily  your guide to the world of Bandcamp